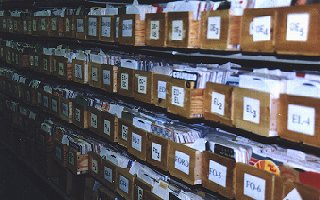 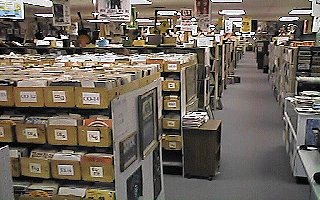 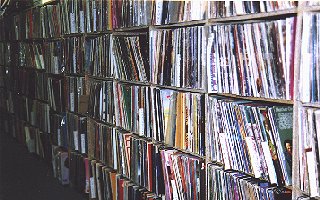 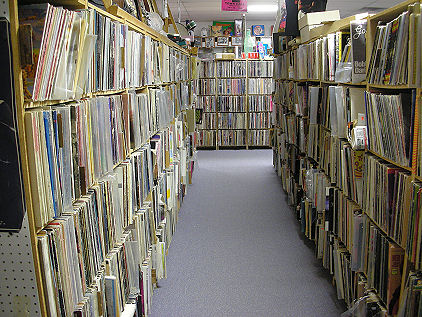 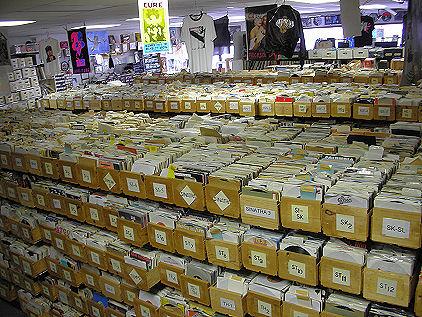 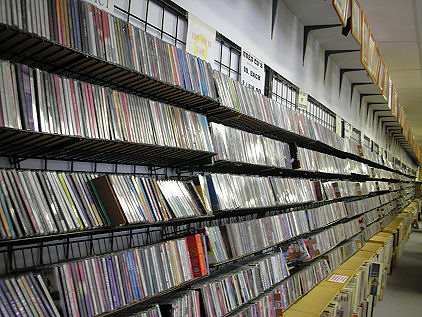 Not only do we house 2 MILLION Records, but we also have rare collectable items like, Jukeboxes, guitars used in concert by the band KISS, a lifesize Marilyn Monroe with the dress blowing up-originally a movie prop from "The Seven Year Itch", concert posters, dolls, patches, pictures, books, and so much more!

Just some of the rows upon rows of albums and 45's that we have in stock in our store.
Oh, and we also have thousands upon thousands of CD's