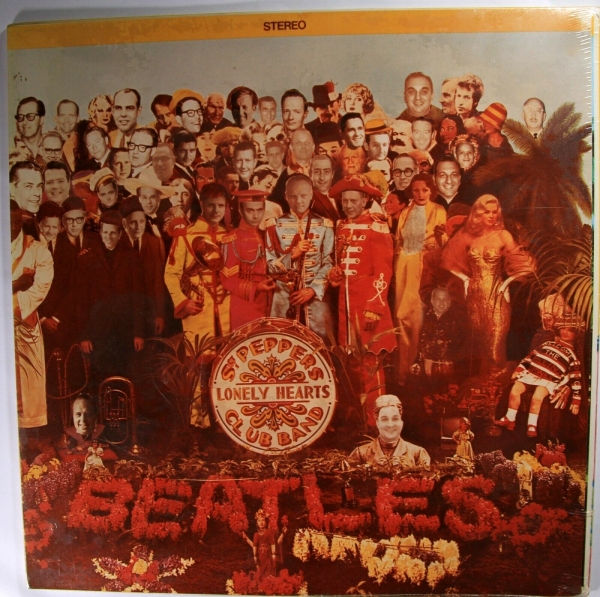 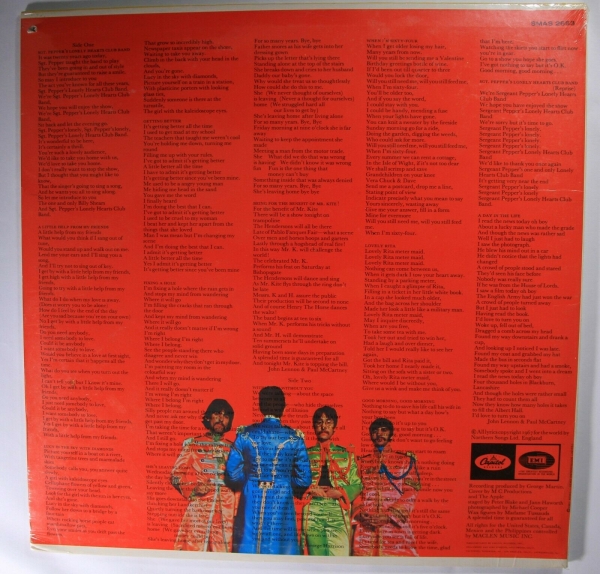 Notes: THIS is the insanely RARE Original 1967 Sgt. Pepper's Lonely Hearts Club band Adapted Cover featuring CAPITOL Records salesmen and executives. There were two beat up copies of this record sold by Rockaway Records back in the 1980's and one other copy also used, sold by an Indiana dealer. The copy I am offering is still SEALED in ORIGINAL 1967 Shrink Wrap and was NEVER opened or used in any way. This copy is in PERFECT MINT condition. This is the ONLY copy known to have survived in MINT still sealed condition.

There were less than One Hundred of these special covers made for this record in the fall of 1967. They were distributed as a party favor for a 1967 CAPITOL Records Christmas party in Los Angeles. These were never sold in stores or given to radio stations or provided to anyone outside of the CAPITOL Record Employees who attended that 1967 Christmas Party.

This copy was purchased by me many years ago. It originally came from the estate of one of the employees pictured on the cover. I have decided to finally put this up for sale because there are far too many original 1920's Blues 78's that I would still like to purchase. While it breaks my heart, being a big Paul McCartney and Beatles fan, it is time for a new owner to appreciate and preserve this most important piece of Beatles' history.

Some may wonder at a nearly $200,000.00 opening bid why this is so special. If I haven't convinced you by now, there is not much I can do except show you an article written almost ten years ago by the English Newspaper: The Guardian. In it they call this record with this special cover, "The World's Most Valuable LP".

Since that article, Ringo Starr's personal copy of the Beatles' White Album brought a whopping $750,000.00 at auction last year. I am not sure that this particular album will bring that much but I feel a $200,000.00 opening bid is certainly warranted for an item so special in the history of the Beatles and Rock 'N' Roll.

You may say "But I could buy a house for two hundred thousand dollars". Yes you can, as there are millions of houses for sale but there is only ONE Original Still Sealed Sgt. Pepper Record with this Adapted Cover known to still exist in the world. Only One collector, music historian, archive, or museum can own it. If this is you, Bid Away!