Experimental music is having moment of sorts. One can find traces of an avant-garde approach in everything from hip-hop to indie rock, however perhaps no genre is being elevated by this new association with a formerly fringe genre as much as folk music, which can often feel so steeped in the past as to be indelibly linked to it i.e. corny. 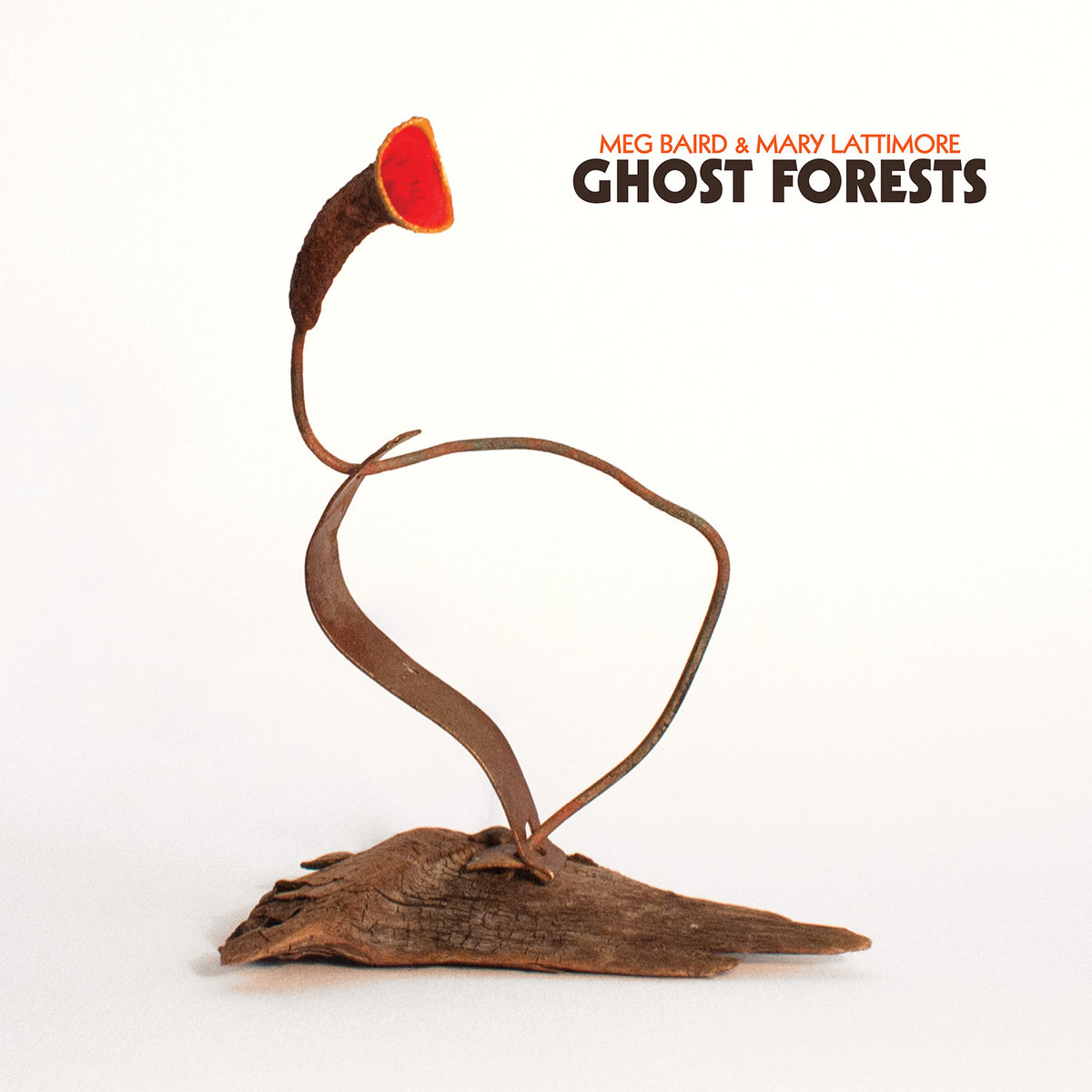 On the pastoral Ghost Forest, old colleagues but first time collaborators Meg Baird (of Espers and Heron Oblivion) and harpist Mary Lattimore sidestep this trap by tugging at the threads of traditional folk until they fray, allowing their songs to languidly unspool into expansive, mildly psychedelic soundscapes that feel both very old and timeless at the same time. Ghost Forest benefits from a less-is-more approach, remaining resolutely minimalist even when the layers of Lattimore’s harp twist and twirl idly around Baird’s fragile vocals or when the women add synths, organs, and electric guitars to the mix. What they have created together is so intriguing and perfectly formed, one hopes that Ghost Forest isn’t the last we’ll hear of a Baird and Lattimore collaboration.