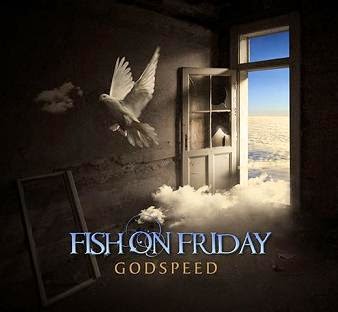 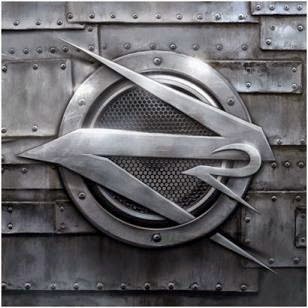 Picking up right were they left off with Epicloud, Devin Townsend Project takes you through a roller coaster of emotions. Keeping it as heavy as possible at times while still mixing it up as the group is known to do, mostly to keep the audience on the edge of their seats upon first listen. The remaining thousands upon thousands of listens this album will receive you’ll be singing along just like a teeny bopper at the One Direction concert.

Sanctuary "The Year The Sun Died" 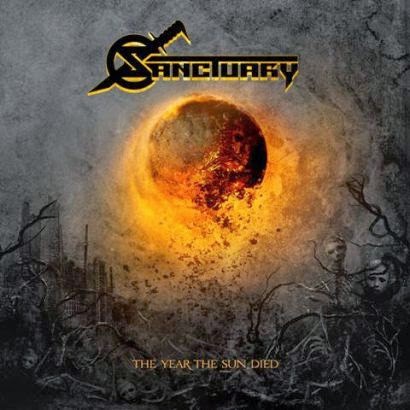 ... even though we don't have the outbursts we were used to, there are a number of theme and tempo changes in many of the tracks which make them very interesting indeed.
In general, if we were to analyse its style, we would conclude that we are dealing with a rather heavy record that incorporates bulky guitars in mid-tempo layouts, without that meaning that there are no tracks with a faster pace. Lyrically, it is quite dark and a constant claustrophobic atmosphere is always present, as there is no abundance of melodic guitar themes. It's multifaceted compositions do provide a rather "proggy" feeling, but nothing more than that. Sheppard and Budbill's rhythm section is poignant and to the point, but lacks the ingenuity we were used to them providing. 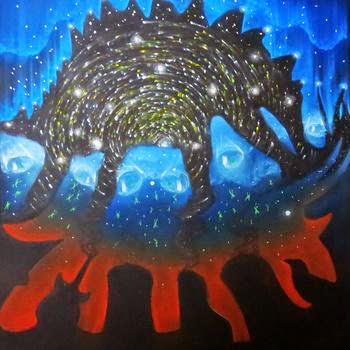 This artefact was devised, written and recorded over a period of approximately three years between late 2010 and very early 2014. It was conceived on a nourishing diet of Robert Wyatt ‘Rock Bottom’, Soft Machine ‘Volume 2’, a new found appreciation of dub reggae, the BBC Radiophonic Workshop, Elliott Smith, Earth Wind & Fire ‘I Am’, Parenthood, Tears For Fears ‘Songs From The Big Chair’, Cardiacs, and social injustice. It was finally ‘finessed’ with a sprinkling of XTC’s ‘Black Sea’, sporadic touring with exceptional friends, enlivened by the seminal wood carving image for the cover of the 1646 revolutionary pamphlet ‘World Turned Upside Down’ by T.J., and lives lived under the foul austerity policies of an unwanted government. 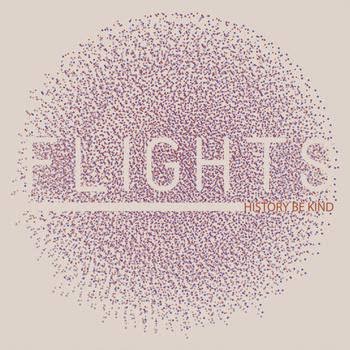 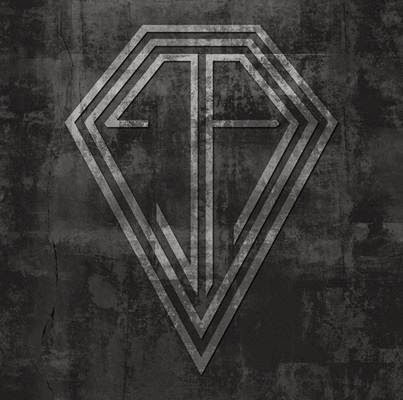 The music on the disc is a mixture of exotic sounds, cosmic themes, effects and guitar solos combined in lasting over 55 minutes suite. The author says: The first notes of the album were born in my head two years ago. My intention was to compose the music for some movie but the more I worked on it the more it took the form of "songs" merging into one cohesive theme I could release as the CD. This is a very personal album. The expression of my escapism. I am running away from people, religion, politics, ideologies, hypocrisy and hatred. I run away into myself into the world of tones sounding in my soul. 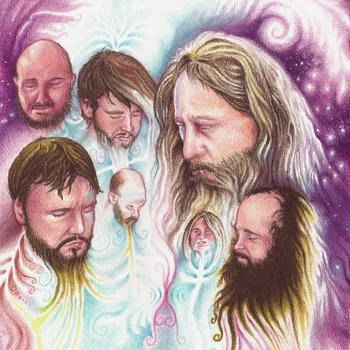 The song titles are all inspired by the writings of Upton Uxbridge Underwood, the worlds first Pogonologists. A Pogonologist is someone who studies beards. His book, "Poets ranked by Beard Length", is the basis for this album.

If Anything Happens To The Cat "Sun Drunk Moon" 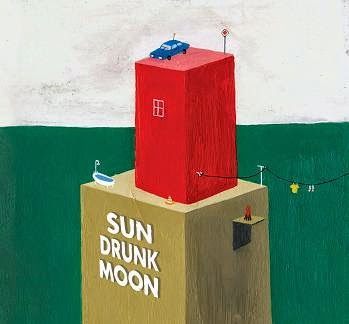 beluister "How To Walk Through The Fire" 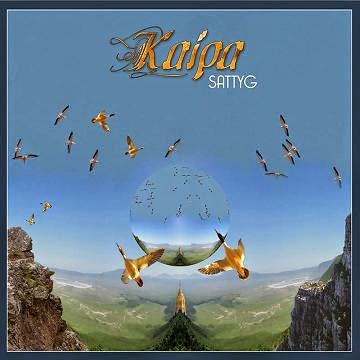 The unique mix of Swedish folk music, rock and fusion with a tinge of medieval music has given the band a special place in many peoples heart all around the world. The magic sense of wonder that characterizes their latest albums has been taken to a new level with “Sattyg”. Unpredictable paths are discovered on this new expedition and as always they take you to explore new exciting horizons but at the same time the band returns to its roots to bring you familiar classic Kaipa music. 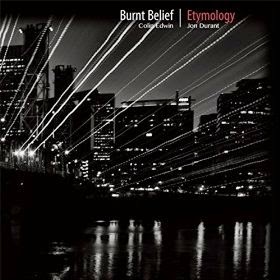 World-renowned bassist Colin Edwin (Porcupine Tree, Metallic Taste of Blood, Ex-Wise Heads) and guitarist/composer Jon Durant have once again teamed up under the moniker Burnt Belief for the release of a new album of progressive ethno-ambient fusion instrumentals titled Etymology. The compositions which unfold across Etymology's 70 minutes showcase the duo's fruitful symbiosis and clear developmental path across their shared musical landscape. Assimilating diverse elements ranging from polyrhythms, deep ECM styled atmospherics and even angular nu-jazz abstraction, the result is an immersive, multi-layered and engrossing documentation of a remarkably sympathetic musical connection.

Etymology is further enhanced by sensitive, deep electric violin performances from highly regarded classical musician Steve Bingham, also known for his evocative work with U.K. art-rock band No-Man. The album's title is a metaphor for the pair's working methodology, in which compositions evolve from an initial germ of an idea into a fully realized piece. The resulting work is often very different from its original concept yet still maintains the initial elements at its core. 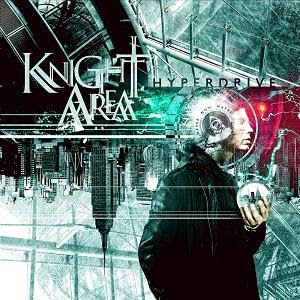 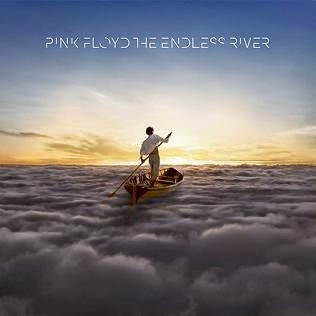 The Endless River has as its starting point the music that came from the 1993 Division Bell sessions, when David Gilmour, Rick Wright and Nick Mason played freely together at Britannia Row and Astoria studios. This was the first time they had done so since the ‘Wish You Were Here’ sessions in the seventies. Those sessions resulted in The Division Bell, the band’s last studio album.
In 2013 David Gilmour and Nick Mason revisited the music from those sessions and decided that the tracks should be made available as part of the Pink Floyd repertoire. It would be the last time the three of them would be heard together. The band have spent the last year recording and upgrading the music,using the advantages of modern studio technology to create The Endless River.
The Endless River is a tribute to Rick Wright, whose keyboards are at the heart of the Pink Floyd sound. It is a mainly instrumental album with one song, ‘Louder Than Words’, (with new lyrics by Polly Samson), arranged across four sides and produced by David Gilmour, Phil Manzanera, Youth and Andy Jackson.
Omhoog 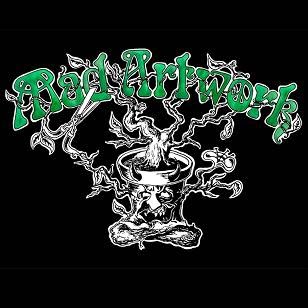 With heavy riffs, beautiful melodies and lots of mad whimes they create their own limitless rock. Someone might think it sounds like a mix between Deep Purple and Yes, someone else percieve a mix of Opeth and Audioslave while a third one might think ’Wow, no boundaries, everything’s allowed!’. A female singer with a voice like never heard before, virtuos playing, shifting emotions shaped within the songs, burning guitar solos and an Irish Bouzouki from hell…everything performed with a great deal of passion, attitude and humor.