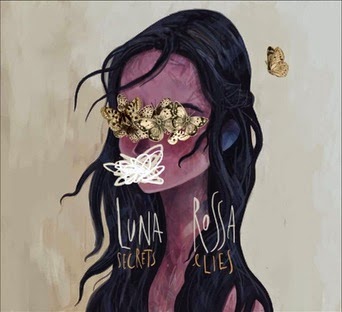 Featuring 11 breathtaking new tracks, the duo have once more set off into a brave new acoustic landscape, and set about exploring the sights and sounds there. The resulting music is dynamic and powerful, yet incredibly intimate and 'close'… 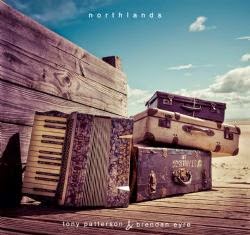 Tracklist:
1. Northbound
I. Three Rivers
II. Time & Tide
III. Homeward Bound
IV. Take The Safe Way
V. I Recall
VI. The Crossing
VII. Three Rivers (Reprise)
2. The Northlands Rhapsody
3. A Picture In Time
4. And The River Flows
5. A Rainy Day on Dean Street
6. Legacy
7. I Dare To Dream
8. A Sense of Place
9. So Long the Day

In the closing months of 2012, musicians Tony Patterson and Brendan Eyre discussed the idea or working on a project together that would reflect their native North-East roots. The album would feature a character returning to the North East after so many years away from the place he loved. Memories of loss, heartache and the abiding beauty of the North East landscape would once again draw him back to the places and people he left behind. The wasteland it had become, the unfinished business and the ghosts he needed to lay to rest that had haunted him for so long. A place he knew he must return to one day. A place called Northlands...

Silhouette "Beyond the Seventh Wave" 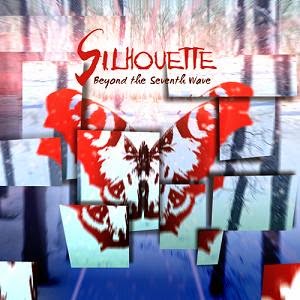 'Beyond the Seventh Wave' is a concept album of more than 60 minutes with as theme the hunger for freedom so common to man kind. It is based and inspired by books and movies of people being innocently convicted such as`, `Escape from Alcatraz` and `Fugitive`. and `The Next Three Days`. But most of all, it is inspired by the story of Papillion, a Frenchman convicted for life forced labor for a crime he did not commit. He escaped several times but was destined to live his days on "Devil Island". Would he finally escape? 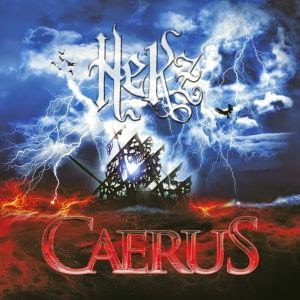 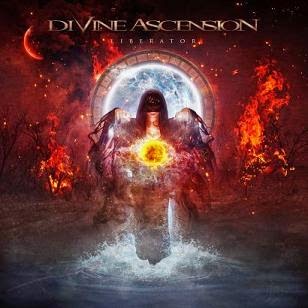 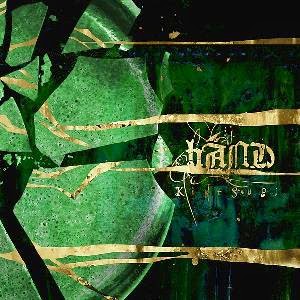 Comprised of hypnotic and supremely orchestrated guitar riffs and crashing drums with pulsing rhythms, ‘Kintsugi’ is primed to rattle your ear drums and will surely pull you in.
Although hAND can be loosely described as a Prog band, when you peel back the aural layers, you’ll find a definitive edge that sets the band firmly apart from its contemporary counterparts. Progressive and heavy, yet accessible, hAND have unearthed a sound that is innovative and engrossing. They call to mind the thoughtful webby depths of ‘Opeth’, meshed with the proggy groove of ‘Amplifier’ and the gothic guile of ‘Paradise Lost’. Acutely marrying carefully formed visceral guitar parts, dynamic drums, and alluring vocals, hAND have a strong focus and a clear vision of what they want to produce. 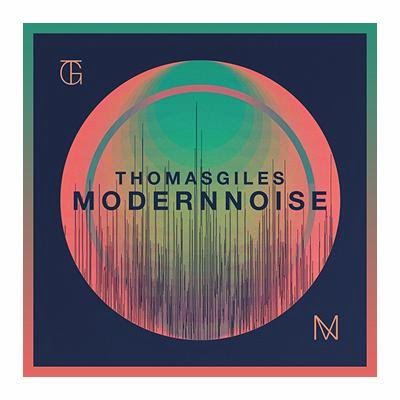 Between the Buried and Me vocalist/keyboardist Tommy Rogers is set to release his second solo album under the Thomas Giles moniker. Testing the limits of what he can do naturally with his voice, Rogers' strikingly beautiful falsetto and dynamic range conjures tales of anxiety, collapse, end-times and strength against swelling, heart-lifting arrangements and pristine backdrops of ambient loops, digital burbles, analog hiss and woozy drones. Exploring combinations of the outré genres of both post-rock and electronic, the music's emotionally resonant yet textural sounds draw reference to artists such as Radiohead, Smashing Pumpkins, the Verve, Beck, Oasis and Spiritualized, balancing both rock and electronic impulses.What is "Modern Noise"? The title is merely a statement that reflects what they are creating: their take on the modern rock sound. Tommy Roger explains the title and music: "This record was an outcome of me creating songs while not wanting to over evaluate the music. I wanted to record things that naturally came to me and because of this, the record feels like an accurate extension of myself. I took a more rock approach and really focused on writing simple yet dynamic songs. Lyrically, I feel it's a great mix of storytelling and personal experience. "Modern Noise" is basically just saying this is my current noise on the earth. We all are here for a short amount of time and the noise we make is our memory."
Fans of Tommy's work with Between the Buried and Me, as well as fans who steer clear of anything metal related, will find plenty to enjoy here as this is nothing short of a well written, genuine, and intensely passionate modern rock/progressive album. This is Tommy's take on music, or as he says: "Music is always Modern Noise. I'm just a person in current time trying to create something somewhat new." 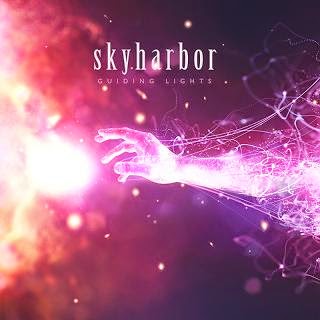 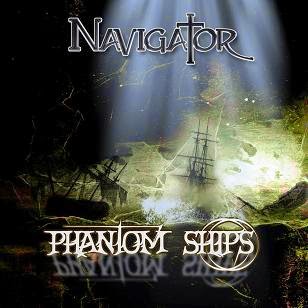 "Phantom Ships" includes a great mix of progressive and classic rock tunes full of dreamy soundscapes and strong melodies that are sure to capture your attention. There are two epic tracks on the disc that will take you on a little journey, "Life" and the title track "Phantom Ships". Three haunting tracks that are sure to stay in your mind are "Open Air", "Burned" and "Beautiful River" and rounding out the mix are two extremely powerful ballads. "Snow Angel" and a band favorite "Now That You're Gone". The disc ends with a touch of the renaissance with a classical guitar piece entitled "Rinascimento". 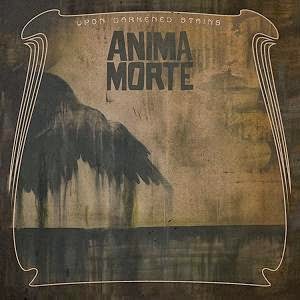 The third album by Swedish Anima Morte sees the band evolving their moody instrumental songs one step further into the cinematic realm. Rooted in 70's rock music with symphonic and experimental elements. Following deeper and more complex compositions the tense and melancholic atmosphere contrasts strong and thrilling musical motifs. Using real vintage and rare instruments like the Mellotron, Electric Pianos, Organs and different stringed instruments they create a thick wall of sound that is very much alive. 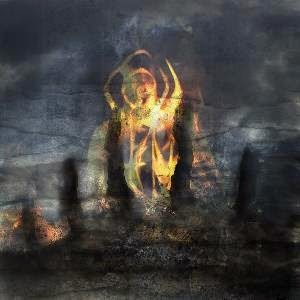 To my ears, I’ve noticed that some subtle progression in their musicianship from the Epoch album, which was built further with the release of Dustwalker in 2013 – an album that added further dynamics to their often hypnotic black metal brew. Firstly, they aim with a double pronged attack – kicking off with ‘Our Names Written in Embers Part One'; beginning with acoustic chords then aiming for a sudden crisp and charging attack. This sounds somewhat deeper and more powerful than previously heard songs with rousing melodic chord changes, clean vocals and a mix of quieter passages that we’d normally expect from Fen. Fading guitar squeals lead dramatically into ‘Our Names Written in Embers Part Two’, filled with interesting melodious chord changes and a distinct driving bass pattern, that adds a level of power that I’ve not heard as prominent compared to previous albums; sounding as emotive and dramatic as ever.

A Liquid Landscape "The Largest Fire Known To Man" 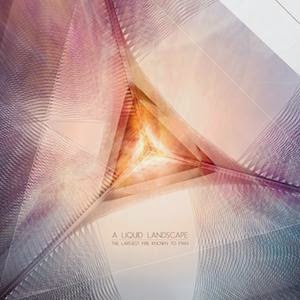 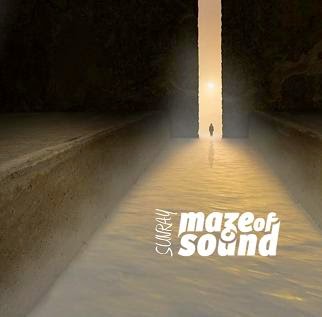 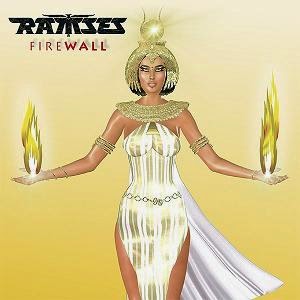 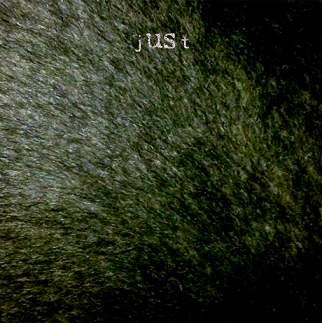 “j US t”—pronounced “Just Us”—is the new album from legendary Hamburg band Faust.
The Hamburg krautrock institution Faust invite the whole world to use their new album as a base on which to build their own music. The tracks presented by founder members Jean-Hervé Peron and Zappi Diermaier are clearly, intrinsically typical of Faust in their own right, yet offer enough space for completely different works to develop. Which is exactly what they hope will happen.
Whilst Diermaier largely remains true to his habitual handiwork – drums and percussion – Peron, as we might expect, incorporates all manner of unusual sonic sources alongside his bass, various string instruments and piano, even using a sewing machine as a metronome. Tracks like “nur nous” and “ich bin ein pavian” show that Faust have lost none of their predilection for avant-garde Dadaism and improvisation. Peron and Diermaier actually surprise us with folkloristic excursions (“cavaquiñho”, “gammes”). In short, there is something for everyone to work with here. Peron and Diermaier await the results with bated breath. 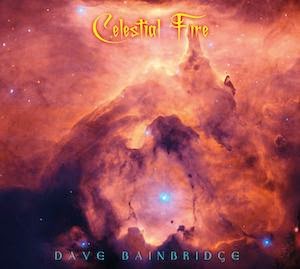 Celestial Fire delivers its sound primarily from three primary directions. Ten tracks run for almost an hour and a quarter. In addition to the rockier side of Iona, listeners will also hear gentler Celtic sounds in several tracks, especially the brief one minute opener "Heavenfield" and its reprise in the ninth track. But for us the surprise was a very strong classic Yes influence with sweeping electric guitar and keyboard parts joining powerful vocal layers. The album features four epic length masterpieces including the title track. 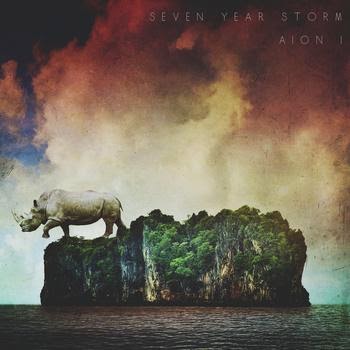 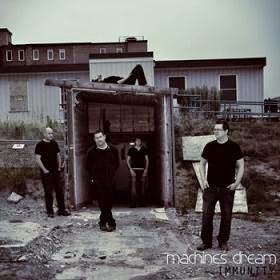