Opus of a Machine "Simulacra" 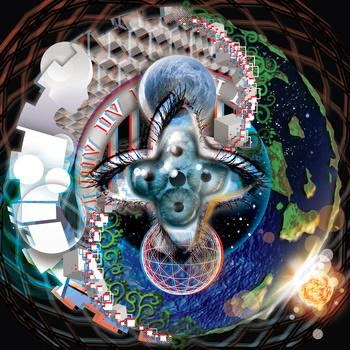 Drawing influence from experimental bands by the likes of Tool, Opeth, Radiohead and Devin Townsend with a pounding electro and pop edge, “Opus of a Machine” pushes the creative boundaries of alternative, progressive rock. With a large plethora of musical heroes, Opus of a Machine blends technical proficiency and raw emotion, bridging the gap between the two. The first single, Parallels displays the more pop-orientated, hard-hitting side of Opus of a Machine, melding mechanical and electronic aesthetics with dense and introspective hard-rock orchestration.
Their debut album "Simulacra" mixes hard-hitting, anthemic metal with expressive electronic and progressive elements. Now, with a fully formed line-up, Opus of a Machine is making a significant impact on the live circuit. Their live show takes the intricacies of their studio performances and kicks them into overdrive. With pumping synths, brooding melodies and powerful song-craft, Opus of a Machine is a must see. 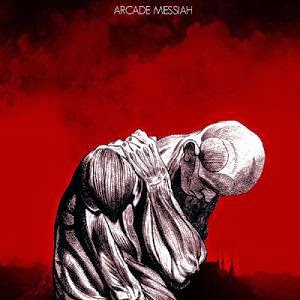 Arcade Messiah combines elements of metal, stoner, doom, prog, math rock, and ambient post rock into a sonic maelstrom of seven instrumental songs.
John Bassett: "after writing and producing numerous KingBathmat albums and more recently the acoustic solo album "Unearth, I decided I wanted to create my first instrumental album, and I wanted it to be set, audibly and visually in a dark, bleak apocalyptic aura of despair and anger. I wanted to focus on enormous riffs & sorrowful yet powerful musical refrains and place them within a terrain of unusual time signatures interspersed by moments of psychedelic calm."

DAAL "Dances of the Drastic Navels" 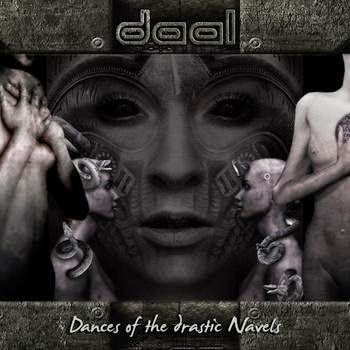 Malleus Maleficarum
Elektra (an evening with...)
Lilith
The Dance of the Drastic Navels
Inside You 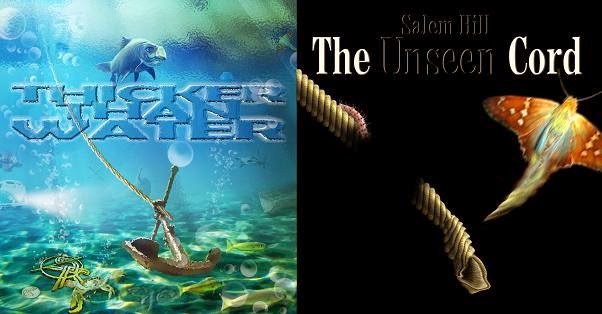 Salem Hill's ninth studio album, "The Unseen Cord" / "Thicker than Water" finds this enigmatic band delivering the familiar high level of musicianship and thoughtful lyrics. However, the band has entered into unfamiliar territory in covering topics that are quite personal to this release's two primary writers, Carl Groves and Michael Dearing. You will find songs about suicide (Hurt), anorexia and ostracization due to body shape (Float), the joy of music (Sing On), loss and despair (So Much More), and the whole question of "why are we here?" (Butterfly, Holding On, and Noon). Sonically, Salem Hill threw caution to the wind and decided to indulge an area which has long been seen as what sets them apart from almost all contemporary progressive rock bands: their stellar vocals. Building on an already solid foundation, Salem Hill proudly pays vocal homage to Queen, the Beach Boys, and the Carpenters on "The Unseen Cord" / "Thicker than Water". The 28 minute epic closing track, "Noon", is alone worth the price of admission. Authored by Groves, "Noon" recounts the aftermath of dealing with a car wreck two of his daughters were involved in--from the simple concern for their recovery, to the worry of lasting impairments, and to the challenges he experienced to his faith. Salem Hill's newest release is easily their most poignantly emotional album since the 1998 masterpiece "The Robbery of Murder". 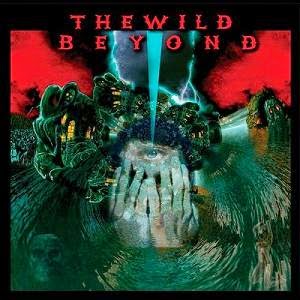 ...an intriguing prog/space rock/metal/jazz fusion ensemble led by Max Hodes. ... Opening 8-minute epic "Fire's Body" takes the listener down so many paths it's almost hard to stay seated, one minute it's catchy hard rock, the next a gargantuan, space rock/jam guitar passage takes you to another universe, before lush prog battles crunchy metal for an intoxicating finale. "Just One Drop" is a crisp, catchy, progressive metal number, reminding a bit of Rush and even that underrated and often forgotten US act Under the Sun. Great vocal harmonies, tricky rhythms, and swirling guitar riffs make up the main layers of this song, but look out for the kick ass, complex jazz-fusiony mid section that adds an almost Frank Zappa styled vibe to this enjoyable song. Heavy riffs collide with ominous keyboards on the Monster Magnet meets Hawkwind rocker "Reflex Driver", while the groove laden, hard rocking "Wake Up" hits you fast and often before it quickly ends amid a miasma of screaming vocals, crushing guitars, and bubbling keys. The bands complete space rock persona comes fully out into the open on the nightmarish 23-minute "Opening", as plenty of guitar noodling, busy rhythms, chanting vocals, and ominous keys all play a part in this unsettling piece. Quite frankly, this one meanders way too much, and I much prefer the bands more focused, concise songs. It's those that really drive this debut, and if The Wild Beyond can stick to those tight, hook laden, heavy rocking tunes, they have a bright future ahead of them. 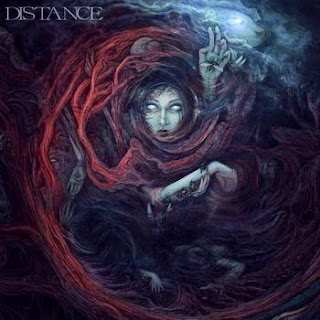 
Colosseum "Time On Our Side" 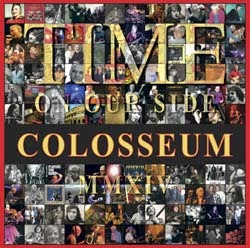 To play a new Colosseum album is to step into the unknown. Anything could happen. All bets are off. While less questing bands are content to issue fading photocopies of their best-selling work, latest album Time On Our Side is the sound of old friends embarking on new adventures. We never try to recreate the past, says drummer Jon Hiseman, who co-founded the pioneering British group in 1968. So the music has changed again, and anyone hoping for Son of Valentyne is in for a shock. Having said that, I think Colosseum sounds like no other band. This unlikely collection of writers and performers seems to have a ‘Colosseum’ effect on the music…

Released on Ruf Records in November 2014, Time On Our Side walks a creative tightrope, stretching the genre-blurring band’s palette while always showing their inimitable thumbprint. The jiving jump-blues of City Of Love. The shape-shifting jazz of Dick’s Licks. The stacked harmonies of You Just Don’t Get It. The melancholy ache of New Day. It feels like Colosseum, even if it doesn’t always sound like them. Hiseman cites the original mission-statement as rocky, jazzy rhythms, vocals with intelligent words, improvised solos – but in truth, there’s not a pigeonhole in the world that can contain them.
Omhoog 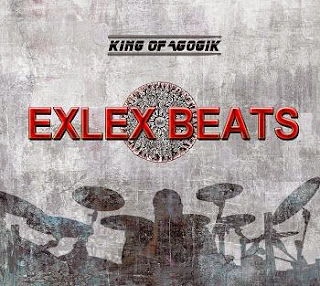 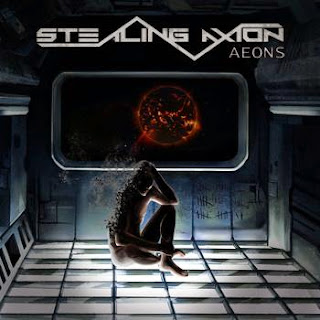 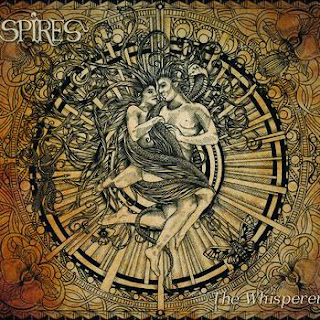 Calling on all extents of their past two releases, Spires now provide a complex picture of the next stage in their stylistic evolution - from the sombre introspection, choral work and classical orchestration of ‘Elsewhere’ to the album’s title track: a simply enormous 20+ minute epic that showcases the band’s innate ability to weave extensive musical tapestries without dropping momentum.
The album’s lyrical themes revolve strongly around religion and spirituality, imploring the listener to accept the natural beauty of the real world without the constraints of fictionalised stigma. Musical comparisons have so far been drawn with the likes of Opeth, Emperor and Cynic. 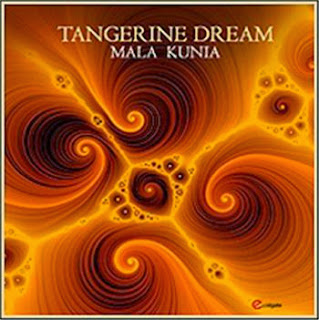 It is the format of a so-called Cupdisc (EP) with a running time of nearly 55 minutes and the first product out of “The Quantum Years” series starting on 16th November 2014 with the MMW Festival concert in Melbourne. This cupdisc is named “Mala Kunia” – the name of two Aboriginal tribes - according to Aboriginal mythology - living ages ago around Uluru, also known as Ayers Rock, whereas the Mala tribe lived on the sunny side and the Kunia on the shady side of the rock.
This release will come as a limited edition because it’s just the overture to a bigger CD/Vinyl release in early spring 2015. 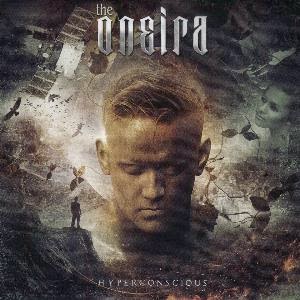 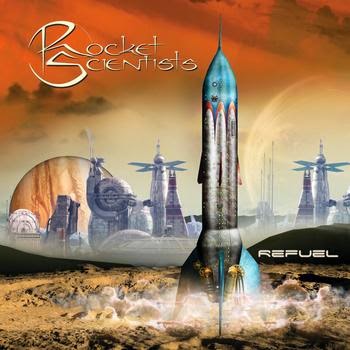 California prog rockers begin their third decade with a new 7th studio album. Refuel started in 2012 with the idea of marking the band's 20th anniversary of their 1993 debut release. Refuel contains the balance of those 20-year anniversary recordings and is a more traditional album mixing vocal and instrumental tracks in the style that so identifies the group. 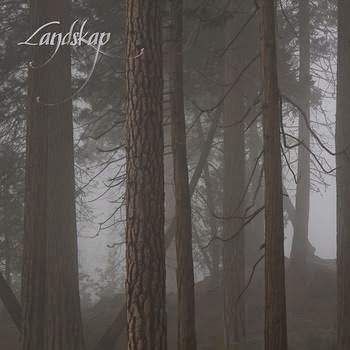 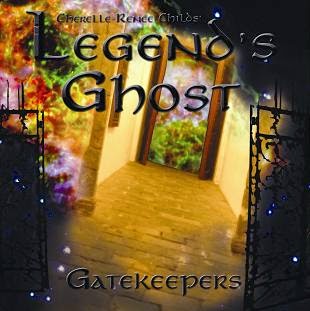 Legend's Ghost is a concept album project by Canadian/American composer/vocalist Cherelle-Renée Childs. Cherelle came up with the idea for Legend's Ghost while singing with the progressive/symphonic metal band Prog-nosys. She was fascinated by the concept albums her bandmates showed her, but was disappointed that few of them had strong female characters. The desire to create a concept album with a central female character, as well as her fascination with the idea of combining classical, metal, and rock elements in the same album led her to develop the storyline for the first Legend's Ghost album. Gatekeepers is a gothic symphonic metal concept album that deals with the question of how and why we create art. Characters' romantic and sexual experiences are used as metaphors for the creative process. It was recorded with guest artists from three different continents and with various musical backgrounds, with each artist adding their unique perspective to the interpretations of their respective roles. 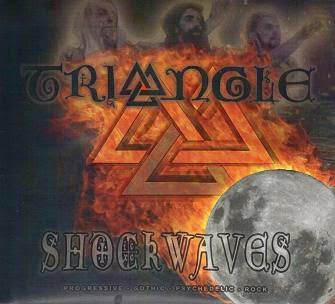 "Shockwaves" is the debut, idealistic concept-album by Australia's Progressive rock band Triangle. This is an epic tale of a man who lived on the fringe of his community, an alchemist. In a state of permanent fear and hiding, he recounts his ordeals in the most philosophical and tragic manner. He reveals secret truths that are still hidden from us by today's establishment. The alchemist's story and his observations are a warning not to blindly accept the consensus reality provided to us all at birth. 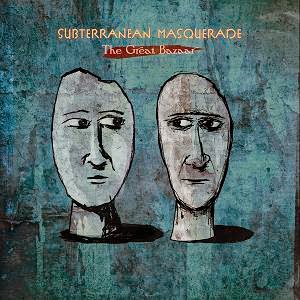 A step further into the world of rich instrumentations and styles, a concept story about a man leaving home to find what's important in life and a dialog between so called "Good" and "Evil". 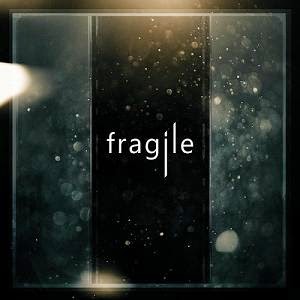 "Fragile" is the first album from Sweden-based Acke Hallgren centering on the loss and reconstruction of oneself. A solemn yet focused concept piece with the underlying themes of scorched sadness, repressed desire, frail hope and of the task of letting go.