The veteran multi-instrumentalist had been battling cancer 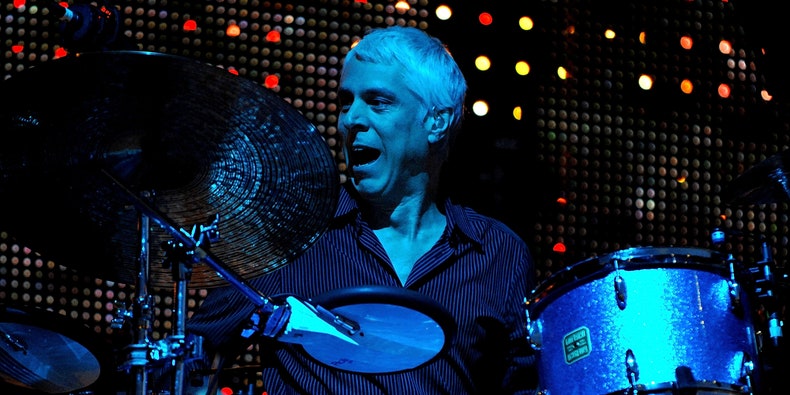 Bill Rieflin, best known as the drummer for Ministry, King Crimson, and R.E.M., has died of cancer, according to his friend and collaborator Robert Fripp. He was 59.

Rieflin was born in 1960 in Seattle, Washington. He got his start in music in the late 70s with local bands the Telepaths, Tupperwares, and the Blackouts. When Al Jourgensen invited the Blackouts join him in the industrial powerhouse that was Ministry; while he was never an official member, he left an indelible mark on the group’s identity.

Rieflin was best known as a drummer but was in fact a multi-instrumentalist who played piano, guitar, and bass in addition to his work behind the kit. “Drums were never my first choice as an instrument,” he told NPR in 2011, “but that's what was needed in the neighborhood bands.” His list of credits is nearly as long as his career; he’s played with Swans, Pigface, Peter Murphy, Soundgarden’s Chris Cornell, Nine Inch Nails, and many others. He released Birth of a Giant under his own name in 1999. Rieflin had played regularly with R.E.M., both live and in the studio, from 2003 until they broke up in 2011. Since 2013 he had played in Fripp’s band King Crimson, and was also in the Humans with Fripp’s wife Toyah Willcox.

His peers in Seattle have publicly mourned his passing; Nirvana’s Krist Novoselic said he was “a straight up person and excellent musician,” while Death Cab for Cutie’s Dave Depper remembered him as “one of the wisest, kindest, funniest, grumpiest, most talented humans that has ever graced the earth.”