Lennie Niehaus, the West Coast alto saxophonist, arranger and composer who played with Stan Kenton's band and collaborated with Clint Eastwood on more than two dozen films, has died. He was 90. 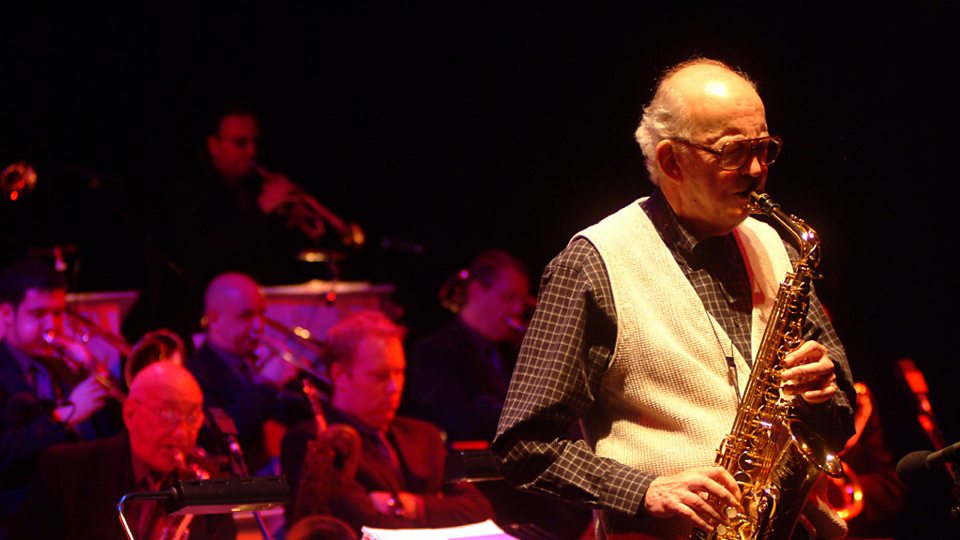 Niehaus died Thursday at his daughter's home in Redlands, California, under hospice care, his family announced. Niehaus first met Eastwood in the 1950s in the U.S. Army when the future Hollywood legend served as his swimming instructor at Fort Ord in Monterey, California. A mutual love of jazz sealed their friendship.

Niehaus then handled the music for the Eastwood-produced and -directed Bird (1988), the biopic that starred Forest Whitaker as famed jazz saxophonist Charlie "Bird" Parker.

The son of a violinist who played in an orchestra that accompanied silent movies, Niehaus was born in St. Louis on June 11, 1929.
"I liked Harry James, and when I heard tenor saxophonist Corky Corcoran play 'The Mole' in 1942, I wanted to play the tenor saxophone," he recalled in a 2009 interview. "My father was in shock. He said, 'The saxophone! You play either the piano or violin, not the saxophone. You'll wind up playing in a house of prostitution.' Actually, he was right. I did play in small funky clubs later."

Niehaus studied music at Los Angeles City College and earned his degree in music education from Cal State Los Angeles in 1951. He played alto saxophone and arranged for Phil Carreón and his orchestra, then went on the road with Kenton for six months before being drafted into the Army.

After his discharge in 1954, Niehaus played in Kenton's band through 1959, leaving to compose music in Hollywood and arrange music for The King Sisters, Mel Tormé, Dean Martin and Carol Burnett. In 1965, he worked as an uncredited orchestrator on the TV comedy Hogan's Heroes.
Niehaus began orchestrating for film composer Jerry Fielding, and they collaborated on features including Straw Dogs (1971), Lawman (1971), The Mechanic (1972), The Gambler (1974), The Bad News Bears (1976), Semi-Tough (1977), The Outlaw Josey Wales and The Enforcer.
Niehaus' Hollywood résumé also included Pee-wee's Big Adventure (1985), Back to School (1986) and The Two Jakes (1990).

He wrote the music and won his Emmy for the 1993 Showtime movie Lush Life in which Whitaker played a jazz saxophonist. He was nominated again in 2008 for his work on the ABC telefilm Mitch Albom's For One More Day.

His 91st birthday would have been Monday. Survivors include his wife, Patricia, daughter Susan, son-in-law Owen and grandchildren Josh and Emily.