In This Style interview

In This Style interview

In This Style is a unique band from Mishawaka (USA) that blends psychedelic rock with elements from punk, prog, garage rock, pop, world music, and more, resulting in a superb and highly dynamic album.

How would you describe your sound?

Ryq Peden: In This Style has been described as heavy rock with psychedelic and progressive elements.

The band began as a personal side-project of mine [Ryq Peden]. I had been playing in some punk bands but wanted more creative freedom. So, I started my own project ITS. Since then, In This Style has morphed drastically from a weird punk band, to a stoner rock group, and now to a larger ensemble. I’m always trying to work with talented people, and the lineup has changed frequently, so over the years the band has hosted a lot of amazing musicians. I’m really proud to have spent time working with these folks and learning from them. 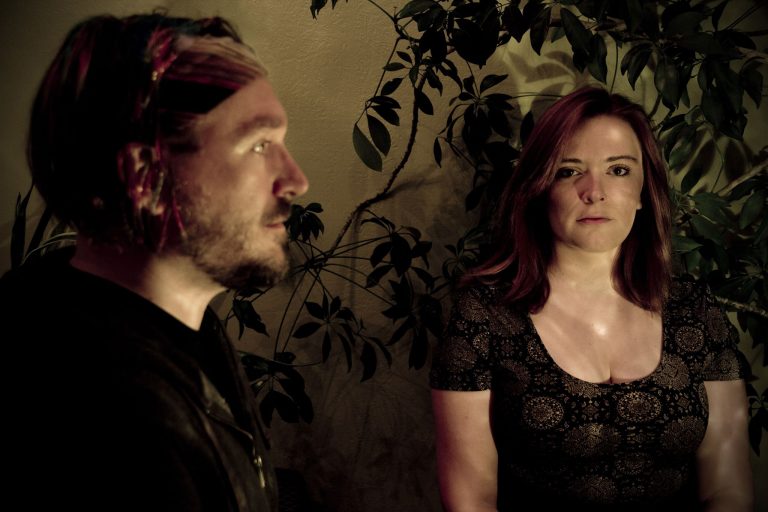 Are any of you involved in any other bands or do you have any active side-projects going on at this point?

Yes, almost all of the musicians that work with ITS have multiple projects that they work in. These acts range widely from pop music to grindcore.


“Music was a refuge for me as an adolescent.”

When did you decide that you wanted to start writing and performing your own music? What brought that about for you?

Music was a refuge for me as an adolescent. I was shy and afraid to express myself. Music is full of stories and emotions that speak to us, even when we feel alone.

My grandmother, Mary Sue Robertson, had taught me to write poetry in order to express myself, and I had also started learning to play instruments around this time. Once I realized I could put those things together to write songs, the process became a really important part of my life.

How do you usually approach music making?

In This Style has a particular approach to songcraft. I write the basic songs on my own. The chords, melodies, and lyrics are there, but these are very basic compared to the end result. It’s like a sandbox that I invite musicians, who are more talented than I am, to play in. They take the basic parameters of the song, and arrange their own parts that fit within it. My hope is that this gives the project enough vision to keep focused, but also allows for the unique voices of the musicians to be expressed.

You guys are currently with Nasoni Records – how did you get discovered by them?

The project had existed for a while but wasn’t putting out much music. We played a lot of shows, but never had the funds to put much to tape. Anthony Tagliaferri offered to record some of the music that we had been performing.

It seemed like a nice little EP was coming together. I decided to look around to see if anyone would be interested in releasing it for us. I sent our music to a bunch of radio stations, record labels, and agents. Eventually, someone recommended I contact Nasoni.

I sent them some music. They responded that they would be interested in releasing it, but only if we could make it a full album. We decided that a full-length album was worth pursuing, so off we went to craft.

Can you share some further details how your latest album Craft was recorded?

Craft, was recorded with our drummer Anthony Tagliaferri working as engineer. He also co-produced the album with me. It was all done with very modest home studio equipment.

We recorded each member on their own, with each taking a few sessions to finish. A couple tracks were fairly new to the group, so they really took their time during these sessions to flesh out their parts. Anthony and I would then add some production elements as ornamentation and to glue everything together.

How pleased were you with the sound of the album?

Like most artists, we are our own worst critics. However, overall, I think we’re all extremely proud of what we achieved.

What are some bands/musicians that have a big influence on you?

Some influences that come through the music are Pink Floyd, Black Sabbath, and The Mars Volta. Our influences are quite wide-ranging though.

Do you often play live? Who are some of your personal favorite bands that you’ve had a chance to play with over the past few years?

We haven’t been playing as often as I would like. We are looking to find more opportunities that are practical for a larger ensemble to take on.

Easily my favorite band that we have performed with recently is Cabildo (from Grand Rapids, MI). They are a musical collective that seamlessly fuse punk energy with latin vibes. It makes for an exciting and danceable show. They are great folks, and their music carries a serious message that is very relevant to the current political environment of the US. I definitely recommend checking them out!

What are some future plans?

Making our performances a more complete experience is the goal right now. In This Style brings an intense show that is exciting for diverse audiences. To develop that further, I have been experimenting with video projection and more vintage techniques like liquid lights. Trying to figure out a setup that is sensible, but allows us to do some interesting things.

Let’s end this interview with some of your favourite albums. Have you found something new lately you would like to recommend to our readers?

Mdou Moctar’s Ilana: The Creator (2019) is an amazing album that people need to check out immediately. I can’t recommend it enough! A lot of interesting elements coming together in what could be loosely described as desert rock. It’s just a beautiful achievement. I’m currently spinning it on repeat.

Thank you. Last word is yours.

Thank you for this opportunity to talk about In This Style and our debut album Craft. I hope your readers will check out our music! It really does speak for itself!