Joey Stuckey, the official music ambassador for Macon, Georgia, the “southern rock capital of the world”, releases a new single “You Know My Name”. 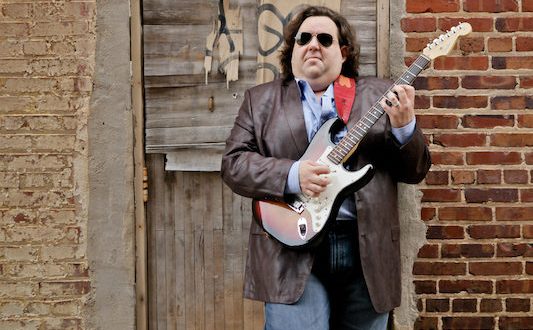 It is a smoky blues rock track sizzling with lusty performances making every note pulse with attitude and is a swampy musical romp about a love that is partnered with lust for a woman that isn’t always interested in staying in the relationship.

The song is part praise of the perfect woman, part plea for her to stay and part rebuke of some of the nonsense she pulls.

In the lyrics you can hear the story unfold “Love can be cruel, oh but it can be so kind. I’m not playin’ games baby, no that’s only in your jealous mind”.

The story is told with powerhouse vocals, dripping with a southern grit, while the guitar takes on the blues machinations of someone like a young Eric Clapton. With pounding drums and bass, a cookin’ horn section reminiscent of a Stax or Sun Studio track and the sweet singing of the B3 organ, this is a must listen for blues enthusiasts!

Recorded by producer and engineer Joey Stuckey at his Macon, Georgia, Shadow Sound Studio recording facility, home of the southern sound of the 70’s, and featuring special guest Randall Bramblett of Traffic and Steve Winwood on B3 and Charlie Hoskyns of the UK band The Popes on bass. Stuckey has a new classic track as he plays and sings his heart out with his famed guest musicians and the rest of his Shadow Sound Studio session musician team!

“You Know My Name” is the seventh single the blind guitar hero has released in 2020. After performing for a packed house in January at the world famous Whisky A Go Go, plans were afoot for an expansive summer tour but due to the COVID pandemic, Stuckey had to find a new way to share his story and music. In March, he began releasing one song a month as a way of staying in touch with his worldwide fan base. “I think that the songs I have released in 2020 are some of my best work yet and I’m excited for fans to hear all the new music I’ve put out this year. ‘You Know My Name’ is my favorite recording in this year’s collection of singles”, says Stuckey.