Valentine’s Day 2021 delivers an unexpected and welcome surprise with the release of “A Romantic’s Guide to King Crimson,” the new 12-track album of reinvented King Crimson material by the husband-and-wife duo Deborah and Pat Mastelotto. The collection, which spans the band’s entire history, revisits classics including “Matte Kudasai,” “Heartbeat,” “Moonchild,” “Elephant Talk,” “Peace,” “Exiles,” and “Sleepless.” 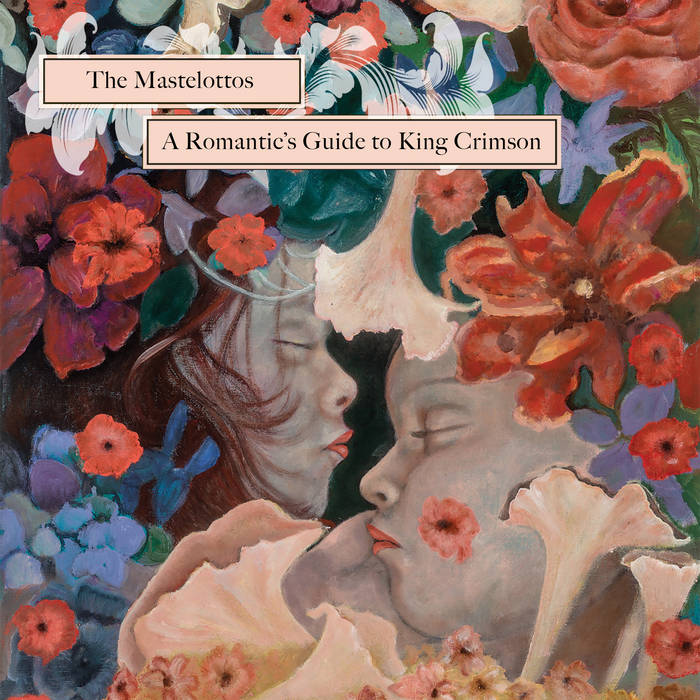 Pat Mastelotto is an American rock drummer and record producer who has worked with King Crimson, Mr. Mister, XTC, The Rembrandts and many others. Pat has served as one of King Crimson’s drummers from 1995 to the present day. This album resulted from Pat’s observations and Deborah’s insights made after she intermittently joined Pat on tour as part of the King Crimson entourage from 2008 onwards.

“It’s always been a joke in the King Crimson camp that there’s never a line for the women’s restrooms during intermissions,” said Deborah. “King Crimson plays loud and it’s often intense and raucous. But it can also be haunting and melodic, with some of the most beautiful lyrics ever. We wanted to help uncover that sweetness and introduce the songs to a different type of audience with ‘A Romantic’s Guide to King Crimson.’”

“The album has amazing contributions from all the musicians involved, especially the TOAPP (Three of a Perfect Pair Music Masters Camp) artists,” said Pat. “We experimented together and since they were already lifelong Crim Heads, they were totally into reconfiguring the classic performances or developing totally new parts. So, get ready. You’ll hear some fantastic detail in their playing.”

The recording features material they chose and arranged together with lead vocals by Deborah, a creative Tour de Force in her own right, and with Pat drumming and producing.

“We compiled King Crimson songs and searched for the romanticism in them, then rearranged them,” said Deborah. “The addition of a girl singer automatically changes the feel of those songs and places them in a different genre. Our idea is to create a way for people, especially women, to appreciate the beauty of King Crimson’s music without the fear and sometimes resistance attached to the word ‘prog’ getting in the way. We slow the songs way down and strip them back to their essential lyrics and melodies.”

“In the Crimson tradition, we approached every song as if it was brand new,” said Pat. “At first, it involved tinkering with 20-plus songs in hotel rooms using iPhone apps to choose what worked best for us. We first focused on the lyrics. The words had to resonate and the arrangements had to develop a prog-meets-pop twist to meet my hopes. We had no desire to duplicate the original arrangements. In fact, just the opposite. I was trying to discover where else they could go to expose sweetness, sort of like the old days of cassettes and giving a loved one a mixtape. It’s a gift to fans and a family of former Crims.“

The Mastelottos started the recordings in 2019 by inviting the Texas TOAPP alumni, including members of the Houston symphony, to record in Pat’s home studio in the Texas Hill Country. After a quick trip to Nagoya for his one and only live gig of 2020, which yielded the live Stick Men album “Owari,” Pat returned and spent months with Deborah during the 2020 COVID-19 lockdown finishing the project. The result is an album full of lush nuance and ornamentation designed to put listeners in a meditative and buoyant mood.

“The lockdown resulted in a year of cancelled shows, which gave us time to realize the album,” said Pat. “This grand reboot of humanity made being a couple all the more important, nurturing relationships with people we love, gardening and doing home projects while creating this album together was a beautiful experience.”

“2020 has given us the longest period of consecutive days, weeks and months we’ve ever spent together,” said Deborah. “Our close proximity enabled a continuous dialog and working environment, so we never had to break the creative flow.”
“Working from home meant we could take the listening experience from the studio to the car to the bedroom…to test drive…so to speak,” added Pat.

“Heat up the hot tub, fluff your pillows and head to the softer side of the bed for the pinkest Crimson ever”

TOAPP musicians Appearing on the record: