Ustad Ghulam Mustafa Khan (March 3, 1931 – January 17, 2021) was born in Badayun, United Provinces of Agra and Oudh, British India (present-day Uttar Pradesh, India. He lived in Mumbai, Maharashtra along with his family. Khan had suffered a brain stroke in 2019 and the left side of his body was paralyzed. He died of complications from the brain stroke at 89. 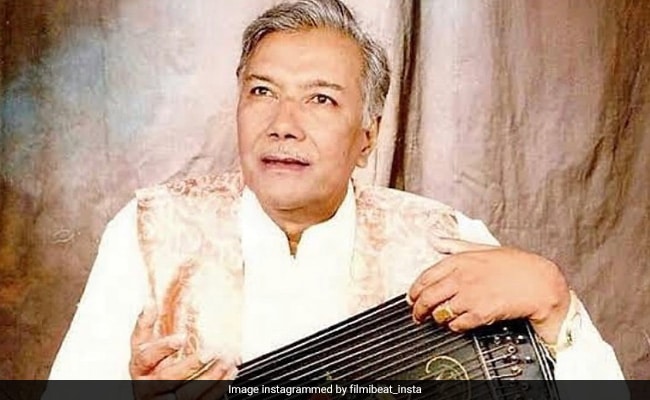 Khan was married to Amina Begum who is a granddaughter of Padma Bhushan Mushtaq Hussain Khan. They had four sons: Murtuza Mustafa, Qadir Mustafa, Rabbani Mustafa, and Hasan Mustafa. He was guru and maternal uncle of classical vocalist Rashid Khan. His grandsons Faiz and Aamir are also receiving their taalim from him. In Coke Studio, composer A. R. Rahman shares the stage with his 82-year-old guru, also featuring his four sons- Murtuza, Qadir, Rabbani, and Hasan- and his 12-year-old grandson, Faiz. All five vocalists and Rahman collaborated on two numbers as a part of Khan's 3 generation performance.

His mother was the daughter of the great Ustad Inayat Hussain Khan and music was the legacy of his family. Inayat Hussain Khan was also the court musician during the reign of king Wajid Ali Shah and also the son-in-law of the pioneer of Gwalior Gharana Haddu Khan. Khan's cousin brother in law, Hafeez Ahmed Khan was the Deputy Chief Producer with All India Radio. Since both Khan's parents wanted him to be a singer, his training in music started very young at a time when he could remember the tune but could not understand the words. After his father, he was trained by Ustaad Fida Hussain Khan who was the court singer at the Baroda's royal durbar and then from Nissar Hussain Khan.

The traditional styles of Rampur, Gwalior, and Sahaswan gharanas are therefore part of his performance. At the time, every city had a Victoria Garden and it was the custom that on Janmashtami, the first public performance of those interested in music be performed as a debut. Ali Maqsood, the Chairman of the Municipality, organized the Janmashtami function every year and asked Khan to perform when he was 8 years old.

Khan was an Indian classical musician in the Hindustani classical music tradition, belonging to the Rampur-Sahaswan Gharana. He was awarded the Padma Shri in 1991, followed by Padma Bhushan in 2006 and Padma Vibhushan in 2018. In 2003 he was awarded the Sangeet Natak Akademi Award, the highest Indian recognition given to practicing artists by the Sangeet Natak Akademi, India's National Academy for Music, Dance, and Drama.

The first film he sang for was in Marathi, ‘Chand Pretticha’. From 1957, he started singing playback for Marathi and Gujarati films. He started with Mrinal Sen’s ‘Bhuvan Shome’ and sang ‘Sajanaa kahe nahi aaye...’ for ‘Badnaam Basti’ under the same music director, Vijay Raghav Rao. He played the role of Baiju Bawra in a German Documentary "Rain Maker" shot in Jaipur, besides being a playback singer in the same film. He has given his voice to more than 70 documentary films made by the Films Division, many of them receiving international & National Awards. He has performed across India and European countries.