How to Organize Millions of Vinyl Records

How to Organize Millions of Vinyl Records 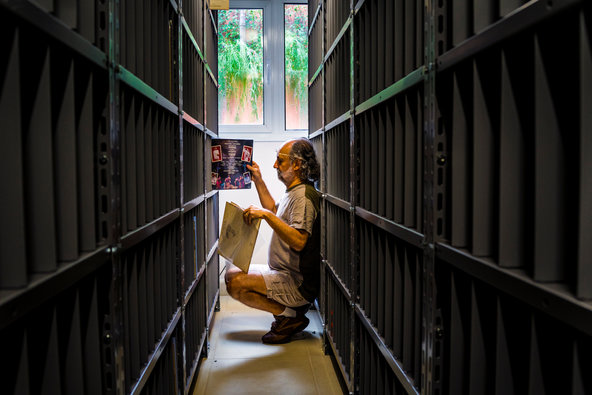 If you read Monte Reel’s article in the Aug. 10 magazine, you know that Zero Freitas, a Brazilian bus magnate and record collector, has a pretty big organizational problem on his hands. In Freitas’s warehouse in São Paulo are several million records that need to be indexed and stored in some way. It’s a project that will take decades, and that’s only if Freitas stops buying records, which seems unlikely.

Indexing Freitas’s warehouse collection may or may not go faster if he adapts the quirky indexing system he uses for his private collection of about 100,000 albums, which he organizes in shelves marked with various toys and tchotchkes he has picked up throughout his travels. Some of the connections are fairly intuitive: The commemorative Beatles mug, for instance, marks the Beatles LPs. Others require some work, like knowing that the box from Ladurée, the French bakery known for its macaroons, is the marker for records by various French artists. Freitas recently talked about his personal collection, with brief explanations of the symbolic objects and the LPs behind them.

When did you begin to build your private record collection?

In 1964, I was 11 years old, and the Beatles, the Rolling Stones and all the other bands from Great Britain appeared. The British Invasion happened here in Brazil just as it happened in the United States and worldwide. At this time, I started my collection. But my first contact with records was when I was still a baby, with my mother’s collection of Brazilian popular music.

How did you come up with your personal labeling system?

This labeling idea began when I married in 1972 and went to live in my own home. I had no money for shelves, so we piled a lot of small asbestos water tanks on top of one another, which at the time were very cheap. There, we kept our things. As the LPs were 33 centimeters and the depth of the tanks was 40 centimeters, there was too much space in front of the records, so I began keeping objects in front of them to not waste the space. Since childhood, I have collected various types of objects, in addition to LPs. It was natural to link the objects with the LPs and to develop multiple creative connections between them.

Does this system really work for you?

Yes, it certainly does!

Do you always find the record you are looking for?

No, I certainly don’t! It’s great when I can find the album that I’m looking for, but it is also a delight when I can’t find it right away.

Here are a few examples of the system at work: 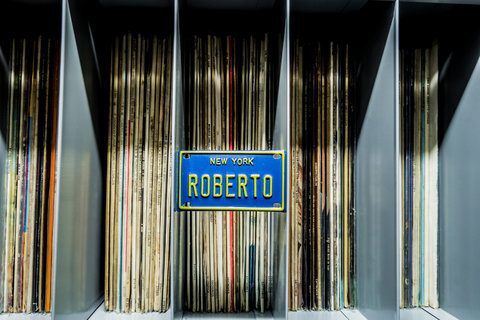 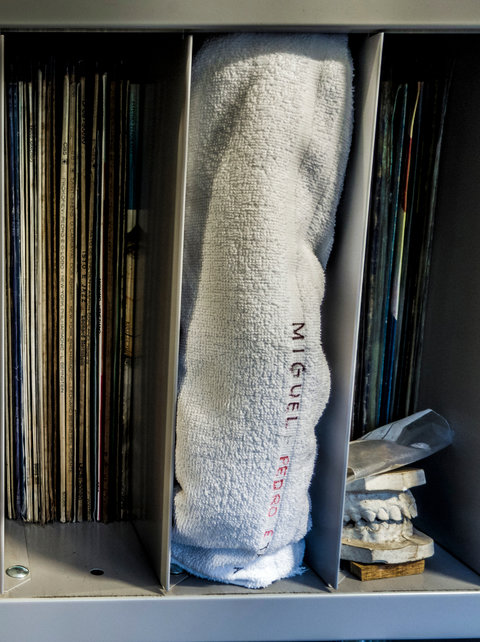 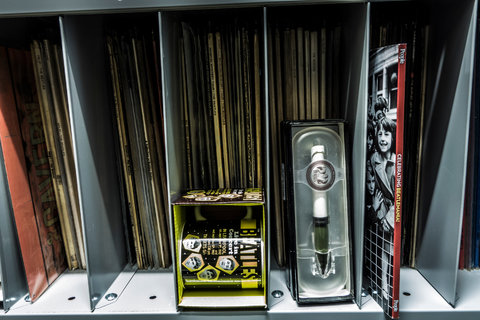 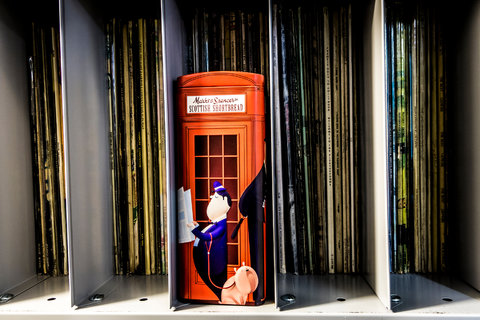 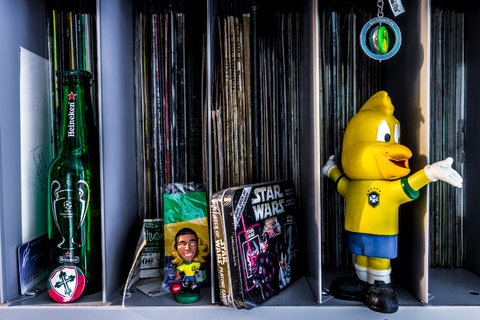