Nobody ever wanted to call it IDM. 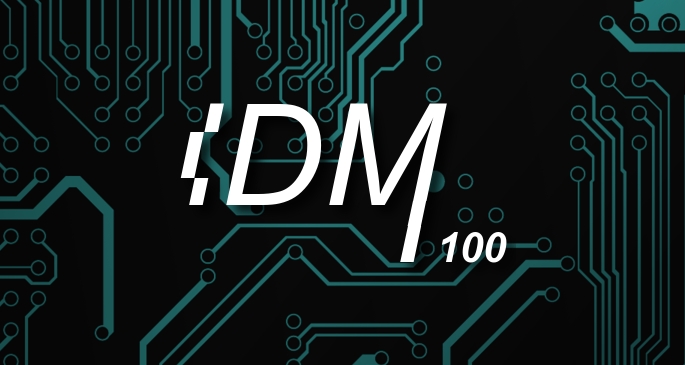 Braindance, electronica, bleep techno – anything was better than the US-centric (and still awkwardly disparaging) ‘intelligent dance music’, but over time the term has stuck. We can thank early ’90s mailing list the IDM List for the awful acronym. The list was used as a platform to discuss a growing set of artists pursuing experimental forms of dance music, and became oddly popular as the music flourished in tandem with the internet itself. Eventually it was being used so much that we all stopped fighting it and gave in, even if it was just to make sure we could sell that rare Skam 12″ on eBay or Discogs without having to re-list.

If there was ever a scene to embrace new methods of social networking (before it was called social networking) it was IDM. Fans populated heated messageboards and traded tracks on early, buggy filesharing programs, and the artists themselves would share techniques and connect with labels using internet relay chat (IRC). Limited edition runs in progressively more elaborate packaging would be sold online and then resold for ridiculously inflated prices. The internet may have been in its infancy, but IDM was very much at home in a virtual world.

It made sense, really: although the genre started as a reaction to Europe’s goggle-eyed rave culture (if you’d ever strayed into a chillout zone, you’d know why), IDM was ultimately driven by the development and proliferation of cheap (often free) music production software, coupled with a desire from many of the artists to outdo their peers. Production tricks and sound design were often valued over compositional nous, and the scene fractured into a spectrum of internet-friendly micro-genres from the drill’n'bass of Squarepusher and Bogdan Raczynski to the crunchy melodic sounds of Toytronic and Merck.

It was also a scene that was driven by labels. Skam, Warp, Planet Mu, Toytronic, Isophlux, Merck, Musik Aus Strom, Schematic and more garnered more attention than the artists themselves. New labels would spring up overnight, release a compilation and a remix 12″, and disappear in an instant. Even back in the late ’90s, navigating the genre was a difficult task.

A good decade later, it’s far easier to separate the wheat from the chaff, and to hear who was simply trying to rewrite Autechre’s Chiastic Slide or Aphex Twin’s Richard D. James Album and who was genuinely coming up with the goods. And looking back now, what might’ve seemed niche and geeky then can often seem strangely accessible, even prophetic. Although the scene itself may have dissolved as those hungry for the new moved onto dubstep, grime, post-rock or folktronica, the sounds kept reverberating. With everyone from Kanye to Objekt to Skrillex to FlyLo to the PC Music crew all openly referencing the fidgets and glitches – but also the unashamed digital emotions – of the ’90s experimentalists, these sounds have been fully woven into the fabric of our musical lives.

John Twells (who, full disclosure, recorded IDM under the Xela moniker) and Joe Muggs have gone through their dusty collections of coloured 10″ vinyl and elaborate Designers Republic sleeves to weed out our 100 favourite IDM tracks.