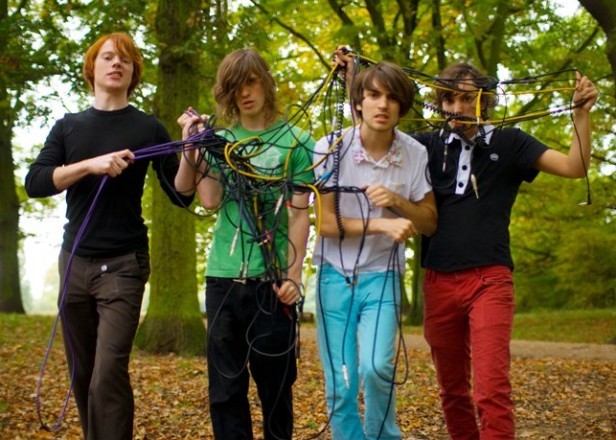 Late of the Pier drummer Ross Dawson has died in a “very sudden and tragic accident.”

The group formed in the mid-2000s and built up a strong live following in indie-dance world, releasing a string of 7″s singles in 2007 and 2008. Most of these also ended up on the group’s excellent debut album, Fantasy Black Channel. Although they released several singles after Black Channel, album number two never arrived and in 2010, the band confirmed that they were focusing on non-Late of the Pier projects.

As well as Late of the Pier, Dawson drummed with other groups Zibra, Misty Miller and Kai Fish. The band’s label Parlophone have confirmed the news with the following statement from his family:

“Our beloved Ross was involved in a very sudden and tragic accident on Friday night. Ross was the drummer in Late of the Pier who formed in 2005. As well as writing and playing his own material Ross was a drummer with many other successful artists including Misty Miller, Kai Fish and most recently Zibra. Ross was a monumental force in the lives of everybody who knew him, multi-talented, modest, kind and generous; he loved and was loved by his family. The world has become a sadder place without him. He will be eternally missed by all who knew and loved him.”

“Late of the Pier were one of the most original, innovative and exciting artists I’ve ever worked with. Ahead of their time but with such a youthful outlook in both music and life. Although our time working together was relatively short, I shall remember Ross with great fondness and as a bright, personable and warm character. Sadly we have all lost a talented musician but his music will be with us forever. Our sincere condolences go to his friends and family. Very sad news. Our thoughts are, naturally, with his family and friends.”

Re: Late of the Pier drummer Ross Dawson dies...