How To Approach Playing Guitar In Different Genres

How To Approach Playing Guitar In Different Genres

There are a lot of different genres of music in the world. There is a very high chance you won’t like some of them, but a much higher chance that you’ll want to play more than one of them.

If you’re looking to adapt your technique across multiple genres, then look no further! 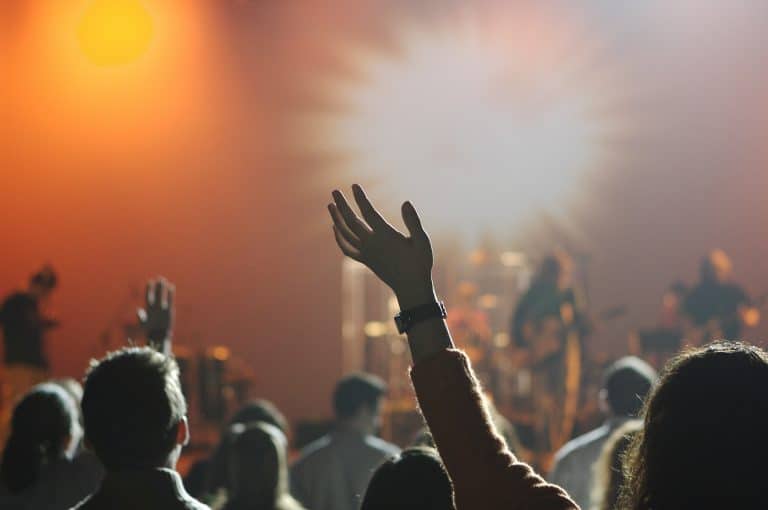 Rock is a broad term. There are a lot of examples of what constitutes rock, from Pink Floyd to Green Day. This means we have a lot of range in determining how to play rock.

‘Comfortably Numb’ is a good example of Pink Floyd’s approach (while a rock band, we can go into more detail and define them as progressive rock, or psychedelic rock). The chords are played serenely, with quite a simple and diatonic progression being used throughout; the tempo is slow, the playing is expressive, and when we reach the world famous guitar solo at the end, multiple effects can be heard on David Gilmour’s guitar.

To play in a rock style like this, you’ll want a guitar full of effects (including slight overdrive), an expressive style, a relatively typical structure and simple harmony. Rock is a very accessible genre, so its simplicity is what draws in a wide audience. However, Pink Floyd’s other genre definitions such as prog rock are connected to huge complexity (strange time signatures, non-functional harmony); while psychedelic rock uses jangly chords, with phaser being a distinctive sound heard in the genre. Try and apply these specifics if you want to fit in with the genre’s nuances.

‘Basket Case’ shows off a contrasting approach from Green Day, which would still be broadly defined as rock (though pop-punk could also define much of their work). This tune has a much faster tempo, with much less expressive, guitar-centric playing. Power chords are used throughout, rather than fully fleshed out harmony.

To play in a style like this, you can mimic this use of simplicity and power chords, with the distinct palm muted playing that doesn’t use harmonies outside of the power chord. The typical structure has a lot in common with the Pink Floyd example above, but (aside from overdrive) effects are minimal, and a quick tempo is the defining feature of this rock track. Punk itself has more of an aggressive approach that can allow notes outside of the chord to be heard, with a more ‘sloppy’ sound defining the genre.

There are a few specifics to playing funk that are quite hard to grasp. While technical complexity isn’t necessarily essential, there is a very clear approach to funk playing that resonates across virtually all funk guitar playing.

The chords in Level 42’s ‘Turn It On’ are pretty subtle, but have two very defining feature of funk throughout. First is the percussive sound of the chords. Rather than letting chords ring out as though you’re strumming them, they get cut off in a staccato fashion. The other important technique is the use of a wah effect, this gives the chords a whirring quality you so often see.

To sound like Level 42, you’ll want to keep your fretting hand in check, making sure you’re able to quickly mute strings before they ring out. As we saw, power chords are seen in a lot of rock/metal, but funk goes up to the other end of the neck, normally playing extended chords like 9ths with fleshed out harmony. You may also want to invest in a wah pedal and be really consistent with the rhythm section of the band. 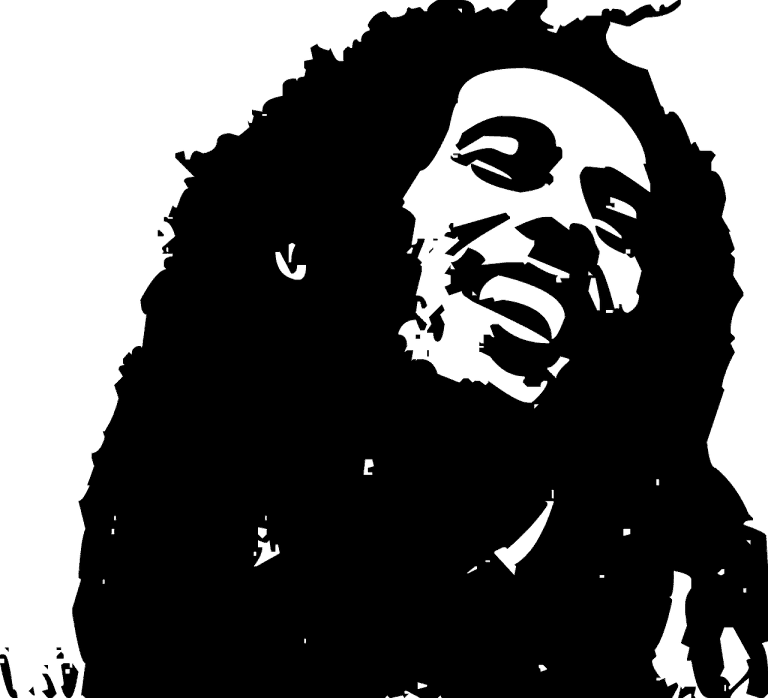 Reggae guitar playing is mostly built on one, distinctive style of playing that once you grasp, your playing of the genre will be immediately improved. It isn’t technical at all, but there are clear stylistic features that make reggae playing possibly the most defining feature of the entire genre.

As you’ll know, the definitive master of reggae is Bob Marley, and his guitar playing is at its best in ‘Stir It Up’. The chords are simple throughout (diatonic and functional), while there is a dense reverb on the guitar whose chords are played staccato and offbeat.

To imitate this style, you’ll want to grab a guitar with a lot of reverb, and play chords that are diatonic and simple. The most important thing is to combine tight, staccato chords with their offbeat placement. On beats 2 and 4 of the bar (reggae is almost exclusively in 4/4), you’ll want to make a downstroke, quickly followed by a sharp, slightly more muted upstroke. You won’t even need to embellish beyond this to make your playing sound appropriate to reggae. If you want to take this even further, try and balance the strength with which you press down on the frets, making it a bit lighter than you may play other genres.

Jazz is one of the most expressive forms of guitar playing. Technicality and improvisation fill the genre, with a wide array of different guitar approaches lending themselves to the style, with many different guitar sounds applicable.

Wes Montgomery is one of the forefathers of jazz guitar, and his version of ‘Round Midnight’ is an important part of the repertoire. Firstly, it shows an understanding of jazz standards, which is key to grasping jazz. To play standards, you’ll get an understanding of playing melodies, chords and improvising over the chords. The delicate, crisp, clean tone heard in this track gives prominence to melody, with embellishment, chromaticism and a deep understanding of jazz harmony being prudent to the way he chooses his notes.

To get on the level of Montgomery, you’ll need to develop this understanding of jazz harmony, while playing with a clean tone, focused on melody that fits within the chord symbols the sheet music is instructing you to play over.

Take a look at Snarky Puppy’s ‘What About Me’ for a more modern example of how the guitar is used, this time with more melodic playing taking the focus. We have the extended chords providing harmony throughout, but look at what happens when we reach the guitar solo. Overdrive is present (though not overwhelming as with metal) as are some effects (delay, reverb), but the main thing is the way it is played.

To emulate it, you’ll want a similar focus on chromaticism and chordal extension as above, but with the added flair of the rock fusion element Snarky Puppy bring to the table. While the Wes Montgomery above has a lot of technical flair, it doesn’t incorporate the shredding and examples of borderline ‘free’ rhythm, with extended, almost atonal bends and use of whammy bar.

There are a lot of subgenres in metal, from thrash, to black metal to progressive metal. Each one has distinct nuances, but there are a lot of overarching similarities that connect the genre.

A classic metal sound can be heard in what is arguably the first track in the genre: Black Sabbath’s ‘Black Sabbath’. The piece combines tritones (the devil’s interval) with a crunchy overdrive sound that, when combined with the playing style of Tony Iommi, creates the ‘evil’ sound metal is known for. This piece also has the slow, creepy tempo that defines Sabbath and the doom metal subgenre. The main difference between rock and metal, is that metal tends to go towards a more angry, aggressive sound and a harsher guitar tone.

To replicate it, crank your distortion up further than the rock we talked about above, make your riffs filled with chromaticism and non-diatonic notes, and use power chords that don’t fill out the rest of the harmonies (like normal rock). The doom metal genre that Sabbath had a huge impact on uses crushingly slow tempos, extreme dynamics and a brutal amount of overdrive.

On the more brutal end of the spectrum is the delightfully named Cattle Decapitation, with the track ‘Manufactured Extinct’. As a band, they combine the techniques of death metal and grindcore, with ferocious riffs (with chromaticism like above), a much faster tempo and an even heavier overdrive on the guitars. In this example, a high level of technicality exists throughout, as fast playing and highly complex melodic/rhythmic content makes up the majority of the riffs. Dissonance, noise and power chords replace typical harmony.

To play like this, create a huge amount of noise using dissonant riffs and brutal overdrive, while playing quickly, technically and with chromaticism. The death metal elements come from the riffing, while the sheer volume and aggression of the piece is more in line with grindcore. 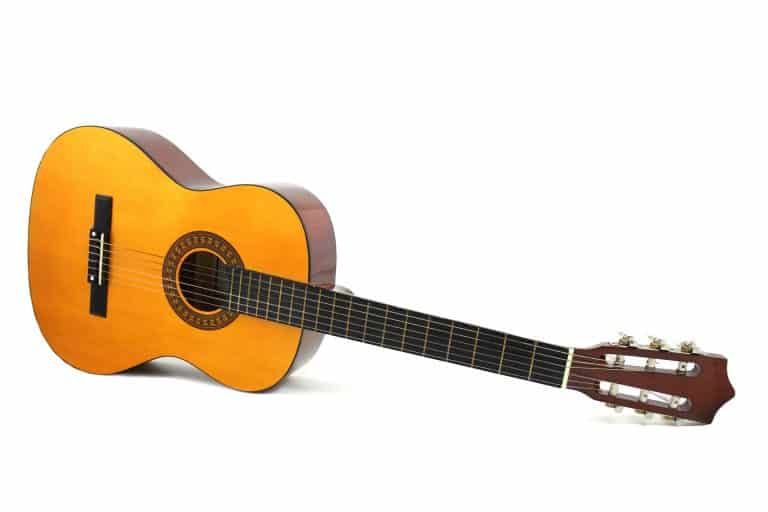 While various eras of classical performance require different techniques and approaches, there are some similarities in the overarching performance techniques. They also contrast what we’ve learnt above in a lot of ways.

Early Baroque pieces such as Bach’s Guitar Sonatas and Partitas show off some of the distinct approaches to classical guitar playing, which will always be played on a nylon strung guitar. Functionality, diatonicism and (relative) simplicity were typical in Baroque playing. Rhythms were simple, as were melodies.The performance of such music is to be played with focus on phrasing, and specific sheet music instructions; often, no dynamic is indicated within the music, so performances must be particularly intuitive.

To play convincingly in a Baroque style, you should adopt this simplistic, functional approach and perform it in a convincingly structured way.

More complex, modern classical guitar music, such as Milton Babbitt’s ‘Composition For Guitar’ are incredibly experimental in nature, and almost incomparable to the music of Bach. The only real connection is that you’ll need a nylon strung acoustic for both. Chromaticism (often bordering on the atonal), non-rhythmic playing and an extreme approach to dynamics are distinctive in music such as this.

Playing in this style means you should approach guitar performance with modern complexity, experimentalism and a very open, emotive interpretation full of dynamics. 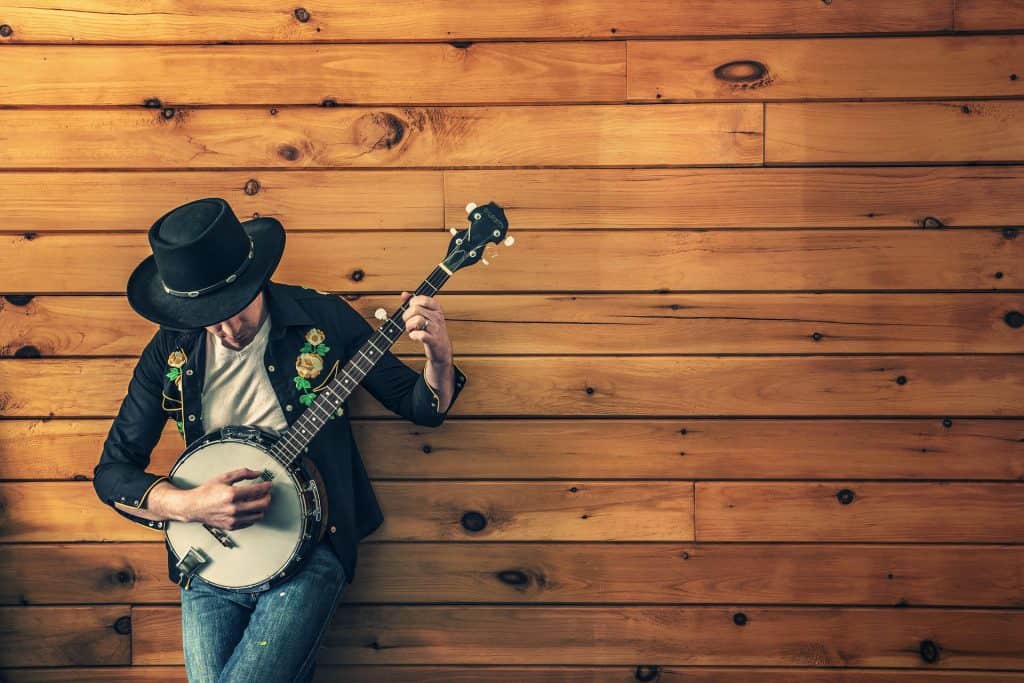 When playing country music, the way you play is key, especially in related genres such as bluegrass. It may not jump out as one of the most complex genres to play, but there are a lot of nuances that define the style that are actually really hard to get used to.

The music of Merle Travis is a good indicator of how to play country, and ‘I’ll See You In My Dreams’ shows off the details. First, is his distinctively clean, twangy tones supported by fingerstyle playing. We can also see him using his thumb to hit some bass notes at the same time (or alternating), which in a huge amount of country music, are just the root and 5th of the chord.

In order to play like this, you’ll want to develop your fingerstyle playing to make sure it is just as strong as your picked playing. Having said that, you could adopt the technique of hybrid picking where you alternate between picking and using your fingers. Alternate your (normally quite simple) chords plucked with your fingers, with bass notes (which outline the root and 5th) played with your thumb. The twangy tone of most country guitar playing comes from a combination of compression, a little delay and occasional tremolo pushed through a fender telecaster, with a single coil bridge pickup and low gain.

As a whole, changing between genres will get easier. Of course, it’s a combination of what you play, how you play it and what you play it on. So make sure you have an understanding of the theoretical elements (types of chords, approach to melodic content), the way you play them (fast, technically), and whether you need a clean tone, or one full of effects. Eventually, you’ll get the hang of adopting these styles naturally.

Re: How To Approach Playing Guitar In Different Genres