Originally conceived and formed by Khan Jamal, the arrival of Byard Lancaster in 1971 helped shift their focus and efforts into a higher gear. Jamal and Lancaster would work together in different configurations throughout the decade. 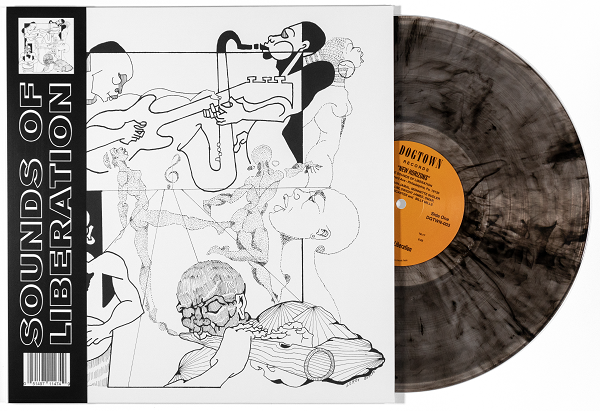 Sounds of Liberation were at the forefront of avant-garde Black expression in the early 1970s, putting action behind their creative endeavors. They were as much of a community force as a band, and there was a strong desire by the entire group to work with a range of different populations, from school children to inmates. They continued to do so through the mid-1970s. In addition to club performances, the collective initiated happenings in elementary schools, prisons & community centers throughout Philly, to great success and impact in the city’s African-American and jazz community.

Following up the heralded first-ever release of Sounds of Liberation’s Unreleased [Columbia University 1973] and the re-formation of the group for live performances earlier this year, Dogtown Records and Brewerytown Beats are back to keep their legacy alive and introduce the group to a new generation of fans.

Sounds of Liberation [alternately known as New Horizons] is a six-song, 50-minute album of original music (with compositions attributed to the group, in addition to co-author Abraham Howard Jr. on “Happy Tuesday”). It was reissued to great acclaim by Porter Records in 2010 and—like the original version – has been out-of-print for many years. Now that the group’s surviving members have re-formed and are performing again, Dogtown and Brewerytown Beats plan to keep it in print for the foreseeable future.

This new reissue package—with a gatefold and liner notes by legendary Philly jazz chronicler, historian and author Francis Davis—has been prepared for this important reissue by group members, in collaboration with Peter “Max” Ochester of Philly’s Brewerytown Beats Records. 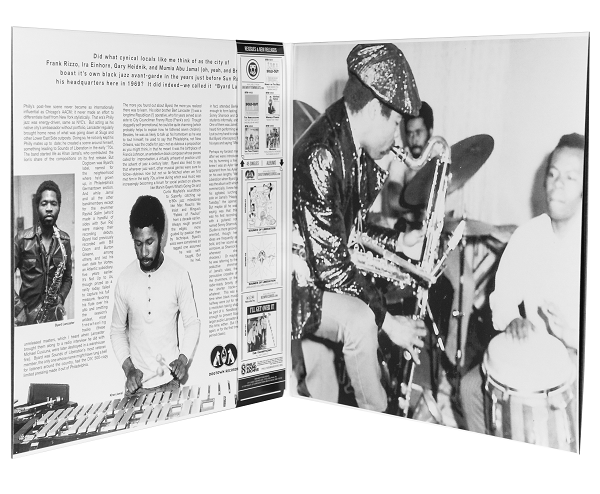 The interplay [on “Happy Tuesday”] between James’ drums, congas, and hand percussion is astonishing. Lancaster solos over the top with a remarkable depth of emotional and technical facility, while Sudler’s guitar and Jamal’s vibes create two textures: the former, a dense, fiery Wall of Sound, and the latter, a fluid melodicism way inside the music. “New Horizons II” finds Jamal’s reverbed vibes leading the pack as Lancaster fills the top layer with uplifting and rousing solo breaks, but it is the Latin rhythms percolating into a volcanic eruption that push it over the top. “Billie One” is also a Latin-inspired funk-rock groover with a terrific solo by Jamal, but it is Mills' startling electric bass playing that startles. “New Horizons I” picks up where its predecessor left off with Cuban, Panamanian, and even Afro-Brazilian polyrhythms juxtaposed against crying spiritual saxophone by Lancaster, and a stinging lead guitar break by Sudler, who also plays grooved-out funk vamps with Mills.

This is deeply emotional and soulful jazz—termed Black Liberation Music by band members—created with passion and purpose by masters of the artform, and it sounds as powerful today as it did back upon its original commitment to tape.

Praise for Sounds of Liberation

“[The group performed] an innovative but accessible blend of free jazz and funk… all too poignantly reminiscent of a time when this kind of project might be considered almost ‘mainstream,’ and the future looked bright with promise.” —JazzTimes (David Whiteis)

“[Sounds of Liberation is] a treasure of ‘70s jazz and a spiritual jazz classic.” —All Music (Thom Jurek)