When it comes to classic dance number from the 70s, “I Got My Mind Made” up is right up there with the best. And so we are especially sad to inform of the death of James Carmichael, lead singer for the popular 70s act Instant Funk, and the recognizable vocalist for that and other hits by the group (he is unrelated to the James Carmichael who was the noted producer for The Commodores and Lionel Richie). He was 71 and had been suffering from diabetes. 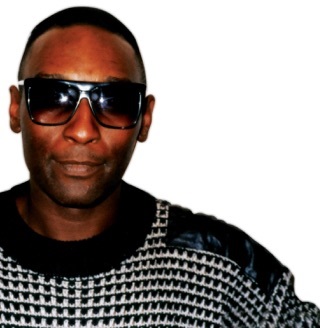 Instant Funk came out of New Jersey and were founded by Scotty Miller, his brother Kim, and Raymond Earl. They were one of the tightest funk bands around, and they built quite a reputation among the East Coast R&B community. Originally called The Music Machine, they were discovered by Philly soul stalwart Bunny Sigler, who helped connect them with the hitmakers in that popular city, and brought Carmichael to them as a lead singer. In addition to working with Sigler, Instant Funk backed The Manhattans, Lou Rawls, The O'Jays, Evelyn Champagne King and many other major acts.

Instant Funk became a headlining act in Philly in 1976, with the album Get Down With the Philly Jump. The group followed this album up with a release with Sigler for former MFSB guitarist Norman Harris' new label Gold Mind, "Let Me Party With You.”

When Gold Mind label folded, Instant Funk's new cut "I Got My Mind Made Up" was transferred to the Salsoul label, and a hit was born. The remix of this song by club DJ Larry Levan and engineer Bob Blank quickly became the talk of Manhattan. "I Got My Mind Made Up" hit #1 on both the R&B and disco charts and #20 on the Pop chart in the spring of 1979. The group's Salsoul debut was certified gold, the act's only album to achieve that level of success.

Carmichael left Instant Funk in 1982 and began a moderately successful solo career. He also sang background on several of Bunny Sigler's solo albums, and continued his involvement in music in other ways, including as a vocalist on Ward Brown’s Where I Should Be.

Carmichael's funeral will be held in Philadelphia, arrangements to come.

James Carmichael played a key role in one of the beloved bands from dance music’s golden years, and his legacy will live on in the revered music of Instant Funk. Rest in peace, James.